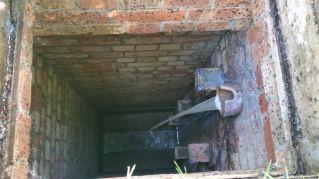 At TSM plumbing and drainage, our skilled engineers are often asked this question, to be able to explain it. We have to start with, what is the construction of your current drainage system from your home. The majority of older domestic drainage systems within the UK are either made up of 100 mm or 150 mm vitrified clay pipe, modern housing stock use plastic pipe joined with rubber sealed couplings, and in the main these systems do the job, with regard to carrying waste, and in many cases, storm water from one point to another. However, we need to look at whether they are carrying out their function to the optimum capacity. The unfortunate truth is most drainage systems even modern ones will have some sort of defect such as a misalignment of joints, dipped sections of pipework, stepped joints, they may even have fine root ingress, the pipes may also be fracturing or leaking. But even with all these faults, more often than not, they keep on working. 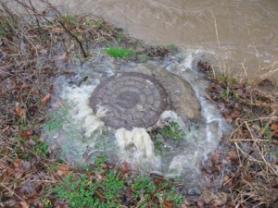 It is often the case that drains become blocked and then clear themselves due to the weight of water that builds up in the pipeline behind the blockage, in some cases, the drains operate like a septic tank and dependent on the ground conditions, the majority of the waste water soaks away into the subsoil through either a defective joint or a fracture in the pipe, while the remaining solids and waste breakdown within the remaining pipework.

The following is a typical example that we at TSM, plumbing and drainage find, a family buy an older property from an elderly couple, who are downsizing to accommodation more suited to their needs. The drains have been working fine for the previous owners. However, once a family with children, and all the associated baths, showers, washing machines and dishwashers that are now used within the property on a very regular basis. The drainage system can no longer cope, and the defects come to light, it is always a good idea to get a drainage survey when purchasing an older property. Unfortunately, at present, most people settle for a standard house survey, which does not include the drains. We will be looking at a later date at what is undertaken on a house drainage survey and the likely costs that you may incur. 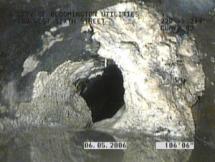 Grease and fat in drain

One of the most common causes of a blocked drain is Grease and Fat, which builds up within the domestic drain over many years, it is like cholesterol in the arteries over time the pipes narrow due to build up and cause a blockage. Before you throw your old chip fat or grease from the frying pan down the sink, consider other ways of disposing of it in a more environmentally friendly manner and in turn, it may save you money, so that you do not need to call out a drainage engineer to clear the grease and fat that you poured down your sink.

Baby wipes are the bane of the drainage engineer, at TSM plumbing and drainage our engineers must write the following on their engineers report hundreds of times a year “ do not flush baby wipes down the toilet”. 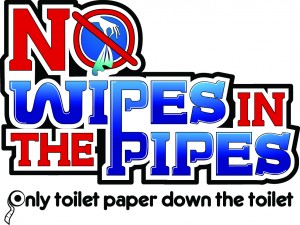 The problem with baby wipes are that they do not break down in the toilet bowl when flushed, if they snag on an obstruction within the pipework they easily create a blockage.

Face wipes create the same problem so please don’t flush them nor should you flush nappies even if they say they are biodegradable they do not break down quick enough so they will block your drainage system and in turn it will cost you money to have them removed from your drainage system.

TSM plumbing and drainage engineers also face a very modern problem within many new homes, the toilet systems are environmentally friendly using less water than their predecessors however the downside of this is if people use too much toilet tissue a blockage can be created.

Another major cause of a blocked toilet is that wonderful clip on flush block, yes the one that clips over the side of the toilet bowl, if these are accidentally flushed down the toilet they normally get stuck in the U bend and cause a blocked toilet. It is much better to use the type that sits within your cistern.

Over the next few weeks we will be looking at how to clear a blockage and other causes of a blocked drain.

This site uses Akismet to reduce spam. Learn how your comment data is processed.